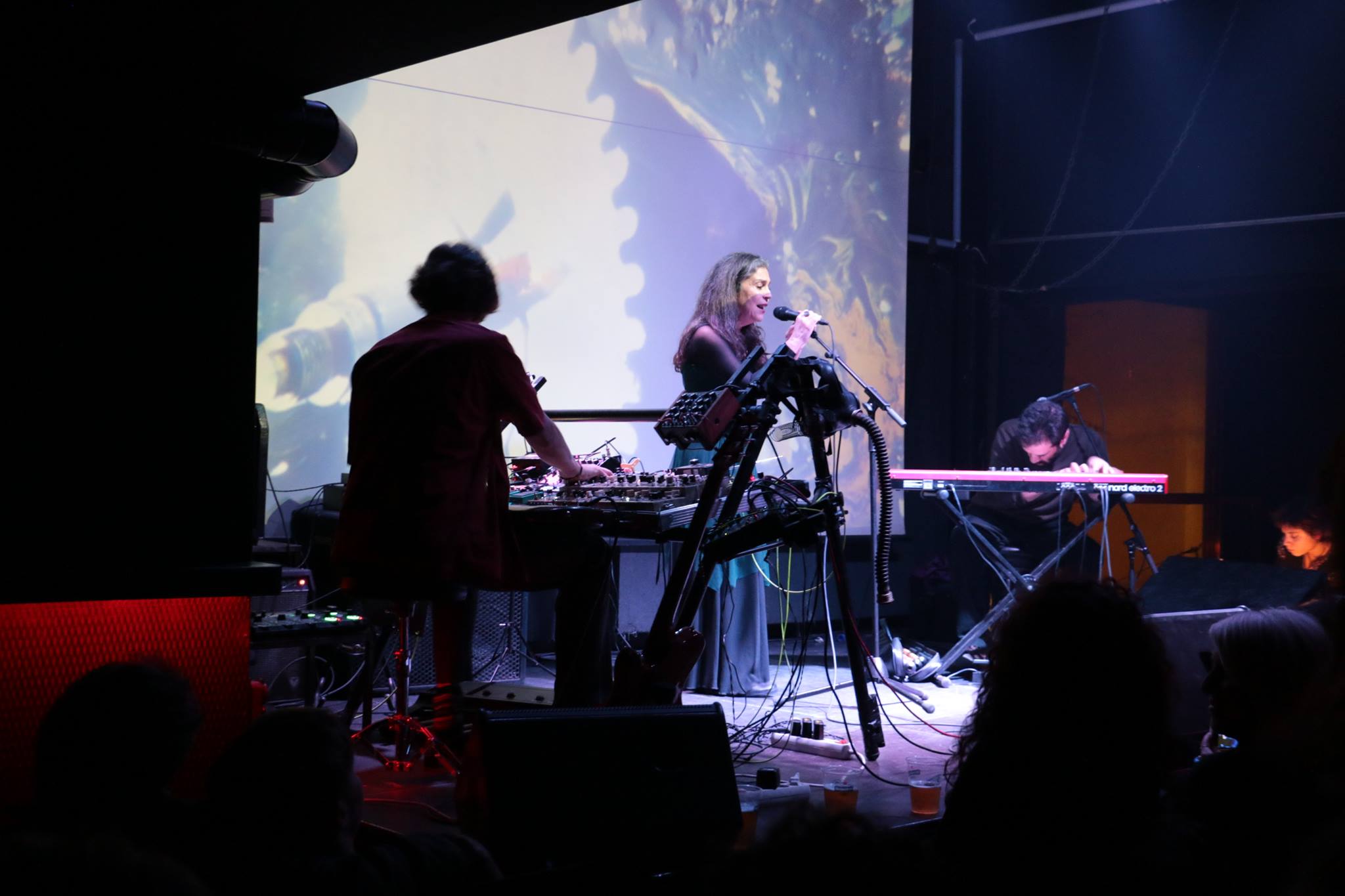 Savina Yannatou:
Savina Yannatou started her professional career in 1979 with the broadcast of the Third Program of the Greek National Radio “Εδώ Λιλιπούπολη”. She has since worked with many great composers (M. Hadjidakis, L. Platonos, M. Gregoriou, D. Maragopoulos, B. Katsoulis, N. Mamangakis, N. Kypourgos a.o.). Her discography includes over twenty albums and appearances on records.
The last ten years she is dealing with free improvisation in collaboration with musicians from the jazz and traditional music scene. She has published several records (on ECM) and has given concerts worldwide with the Primavera en Salonico group.

Jannis Anastasakis:
Jannis Anastassakis is characterized for his particular approach to the guitar, as a generator of original and atmospheric sounds, as well as his in depth involvement with effects (he isalso the designer and manufacturer of JAM pedals).
His music is an ambient and psychedelia alloy which balances between melody and noise, many times exceeding the “allowable” limits.
He has collaborated with great musicians, Arve Henriksen, Eivind Aarset, Lena Platonos, Thodoris Rellos, Floros Floridis, Nikos Sidirokastritis.
He has released 3 albums with the project Elektronik Meditation and has made appearances all over Greece, Cyprus, Norway, the Netherlands and Turkey.

Haris Lambrakis:
Haris Lambrakis is an excellent musician, ney virtuoso, with rich collaborations both in Greece and abroad. He is a member of various music groups and since 2006 has formed the band “Harris Lambrakis Quartet”.