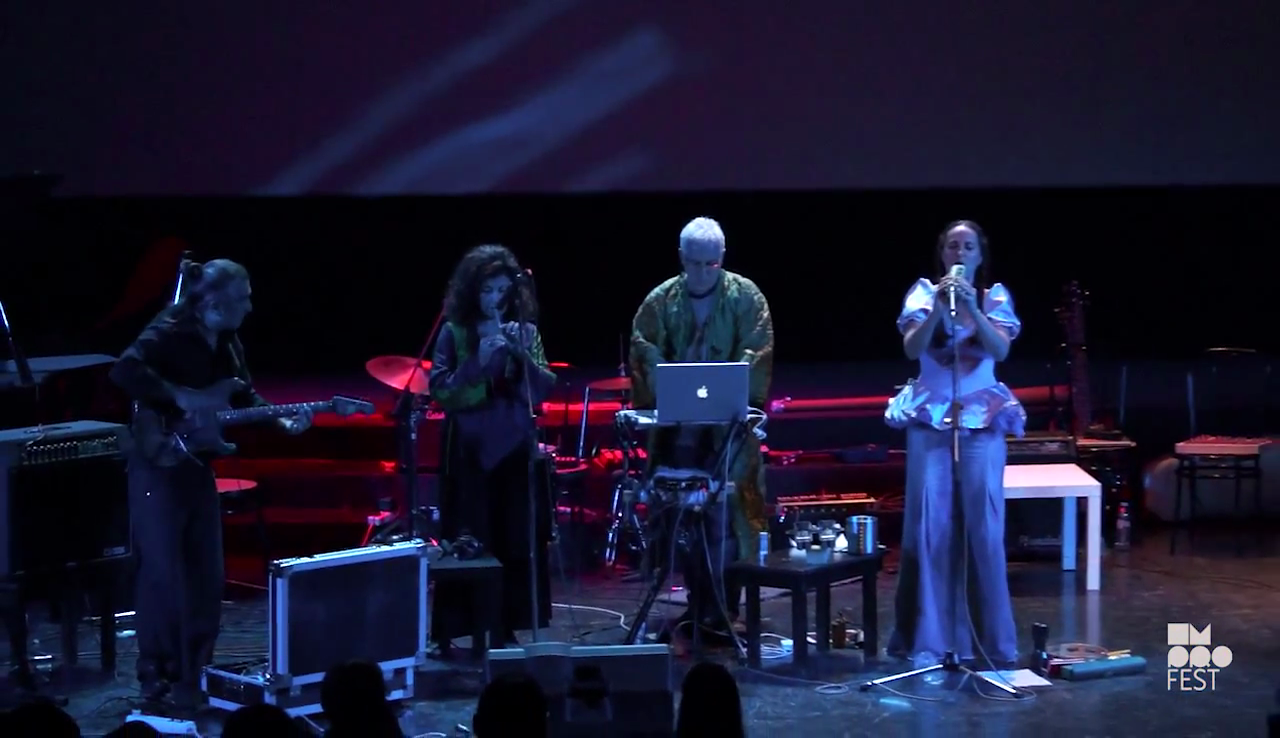 The PanNik Project seeks for the balance, the aesthetic bridge between the acoustic/natural and the digital sound environment. The different aesthetic standards, different origins, concerns, separate paths, each time meet to create a unique sound outcome and to scatter it in the surrounding space.

was born in 1963. His music studies begun with classical guitar lessons. He also studied advanced theory with Kostas Klavas and composition with Theodore Antoniou. His first compositions, mainly for theatre plays appeared as early as 1988. After 1993, his compositions change form since under the guidance of Theodore Antoniou he begins his creative explorations in the sounds and music trends of the 20th century. Since then, he has written many pieces for solo instruments, small ensembles, chamber music ensembles, orchestras, concerts for cello, piano and more.

He studied music theory and piano. He completed the Electronic Music major at the Athenaeum Music school. He studied Music Composition with Ioannis Xenakis and Theodore Andoniou. Since 1986 he has been working with Iannis Xenakis’ The Contemporary Music Research Centre (CMRC). He composes electroacoustic music and compositions for mixed musical groups in which he himself often participates. He is a member of the Hellenic Electroacoustic Music Composers Association (HELMCA)

Chrysoula Kehayioglou is a graduate of Philosophy and Speech Therapy and is a singer by profession. She has had singing lessons with the renowned baritone Spiros Sakkas and with Mirka Yemetzaki. She participates in various traditional Meditteranean and Celtic music groups. She is the founder of the folk female band Chrysoula K. & Purpura.

Pharmacist and Holistic therapist-homeopathic. She participated in the four-part mixed choir of the Cultural Center Haidari from 2002-05. He was involved with psychodrama, role play, self-awareness seminars, self-improvement, yoga and meditation. In 2014 she attended the annual improvised music course (graphical and verbal score), organized b Musical Praxis Conservatory with Professor Alexis Porfyriadis. She is an active member of PanNik Project, which contributes interactively with idiophone percussion, wind instruments and vocal interventions