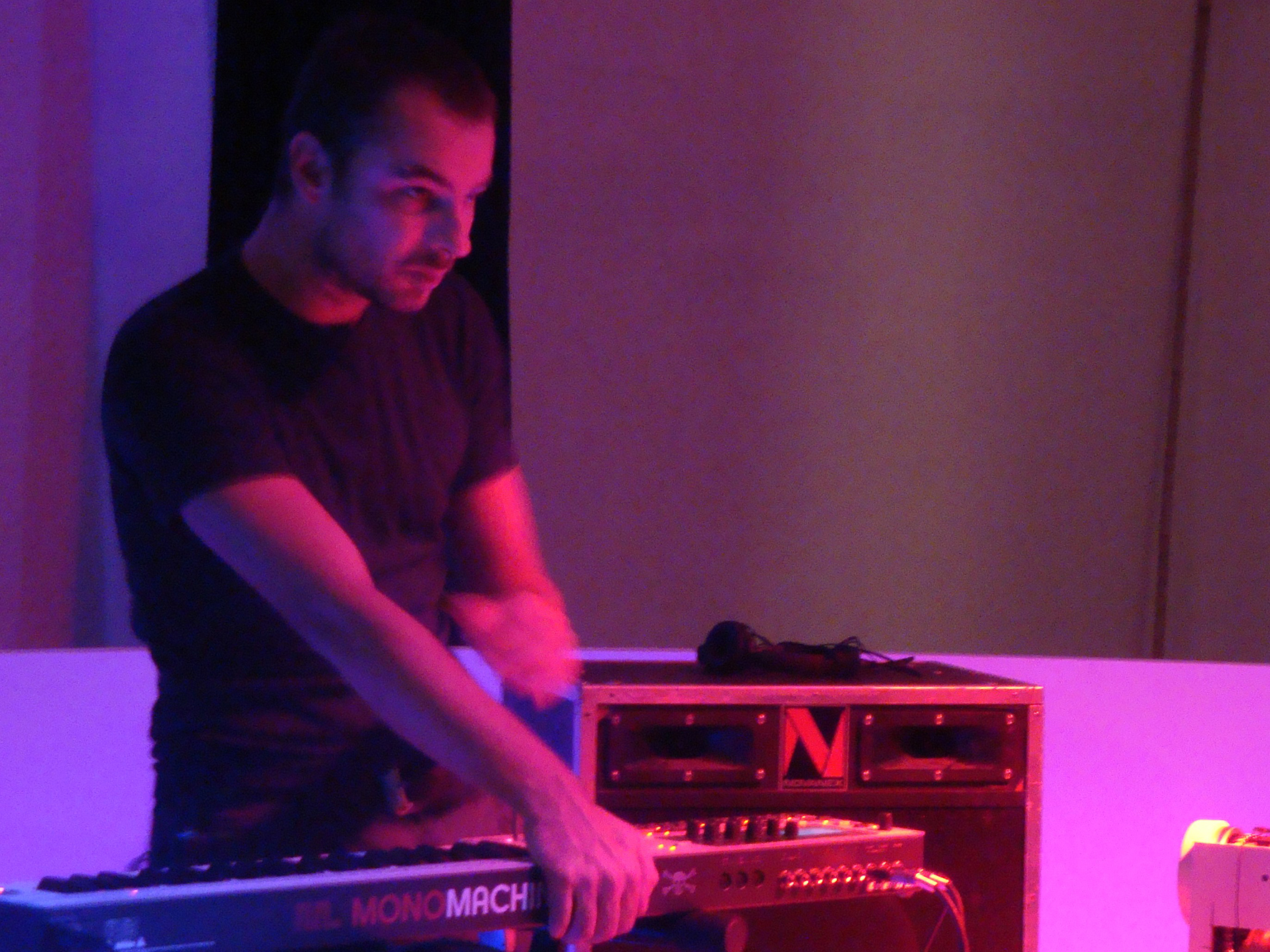 Karatech – Dominik Brun, was born and raised in Zürich, Switzerland. With an early love for music he starts at the age of 7 with Piano lessons. At the age of 14 he begins to discover the power of electronic music. His restless spirit leads him quickly to compose his own music, influenced by the dark electro and ebm sounds of the time. In 1999 he starts collaborating with “Pharmakon” and organizes underground electro parties in secrets clubs of Switzerland and Berlin where he performs as live act and dj for dance-able dark electro sounds. In his twenties, he completed his first CD titled “Der Tatendrang des Datenstrangs”. After a few years he comes back dynamically with his second CD called “XAOS” influenced by the strong rhythms of Athens, Greece where he lived and worked that time. Back in Switzerland he finished his third CD “ΔΕΟΣ” which he released together with a live recording of his project “Lebenssequenzen” a 60 minutes track composed for the sequences of life.

For the sixth edition of Electric Nights, Karatech will collaborate with Manolis Manousakis, Vicky Bisbkiki, and Thodoris Zioutos.