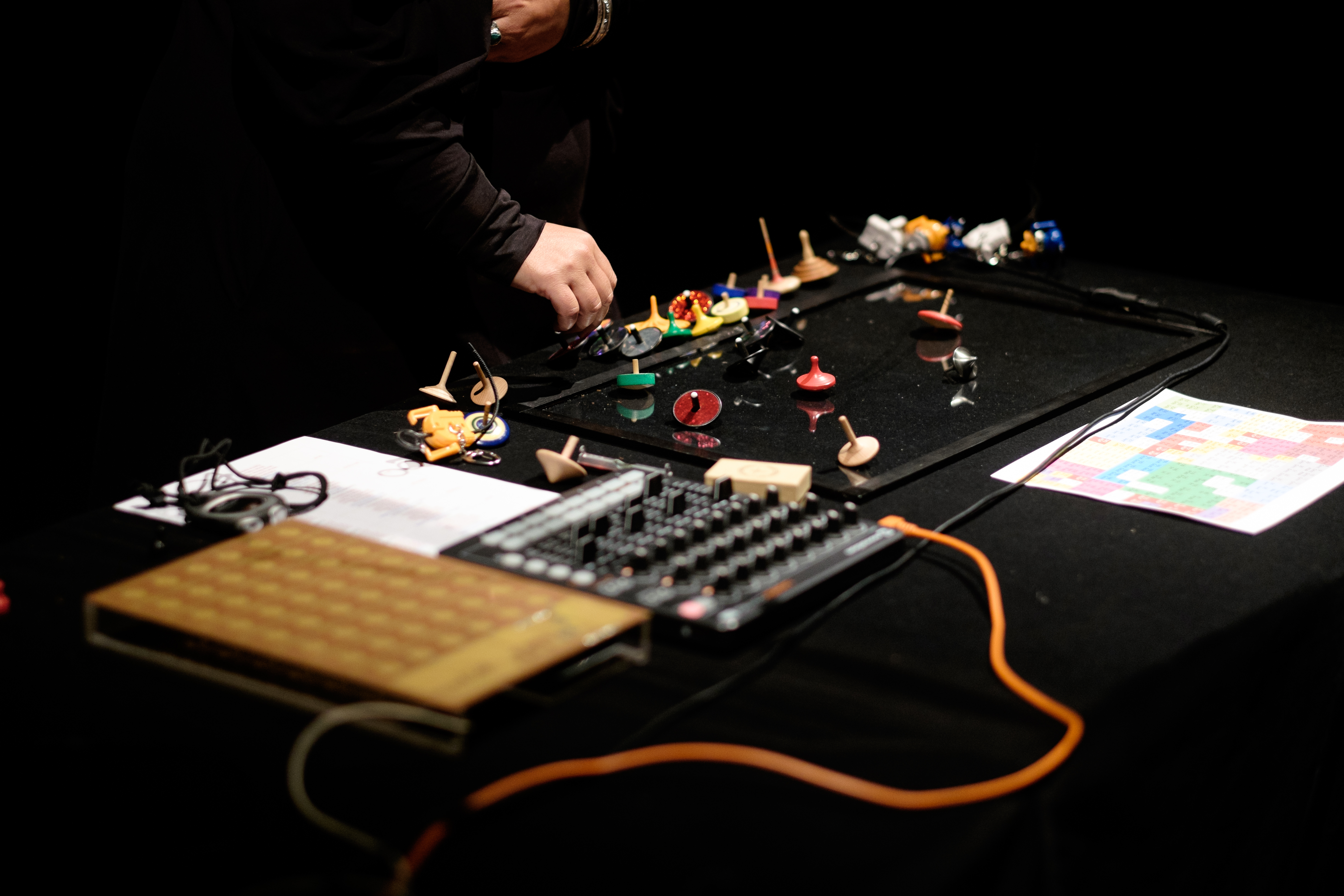 From as long as she can remember Emmanuelle Gibello has been analyzing her dreams. Her creations are both projections of her unconscious and also a mirror which is directed at the listening viewer. She is very influenced by new technologies which she has appropriated by teaching herself. Her composition work is a mix of recorded sounds from multiple contexts, both natural and urban. Her collection of sounds, recorded from every day situations and from her travels, allows her to explore and manipulate different strata of concrete and synthetic sounds with electronic tools. She revisits the urban sound space in order to awaken another perception of the complex symphony of the modern world.

Her pieces are performed live to produce a listening experience that is close to that of the real world. Emmanuelle has also invented new instruments in a DIY spirit such as the FONOF* which is played with magnets and the Molf*, a chaotic controller which is played with spinning tops.